I'm not a big user of mobile devices myself. This old thing is what I usually have in my pocket. It is much more pleasant to hold in it than a large smart phone and I'm not going to worry about any scratches on it. I do have a couple of smart phones as well but they're usually at home unless I know I need to access Internet on the go. Which isn't at all often. But I suppose I wanted to get to learn something new. This is what my browser's tab bar looks like as of now: 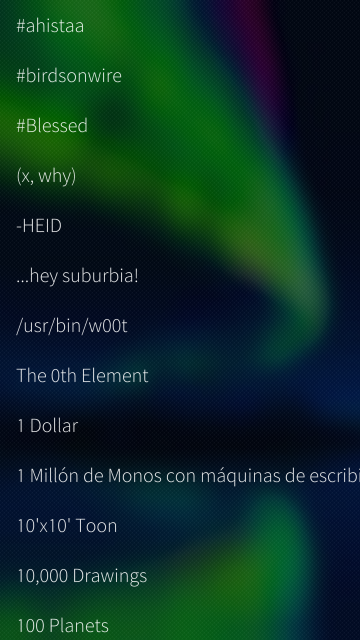 I'm making a native Piperka client app. I've pretty much just got to begin with developing it. I've only cursory knowledge of Qt previously which I've chosen for the job so it's a bit slow start. What I have so far is a test app which downloads the list of comics and shows it as a list. For Sailfish, of all things. Qt is cross platform and I'll target Plasma Mobile or Kirigami later on but I have to start with something and I'm just fond of the platform. I still have and use the original Jolla phone. I'll bring it to Android and perhaps even iOS later on.

I know of one Piperka user who used a Jolla phone (other than me). He tested how water resistant his Jolla was. Not much at all as it turned out. I may not reach all that many users on Harbour but I like the idea of how any apps on it stand out a lot better.

There has been an unofficial Piperka client for Android for a long while. This'll be a completely separate implementation from it. I've never used it myself and I don't know if it even works currently. I was contacted once after my backend overhaul a year ago about it being broken and I took measures to unbreak it but I don't think I ever got a confirmation that it worked again. I expect to break the unofficial client for good when I'm done with my client app and I'm hoping that nobody will mind it at that point.

I'll put my work in progress code on a public git repository once I'm a bit further along with it. I'd like it to have some basic features like logging in first. Once I have the basics in place I'll have to figure out how a Piperka client app could be useful.

I can't seem to resist the niche (am I even one to talk about them). I have bought a Purism Librem 5. I suppose it'll be released in time for me to build the client app for it as well.

I've a couple of new moderators. I'm grateful for them for volunteering.